The employee initially filed on 25 September 2014 a complaint against his employer via the Single-Entry Approach (SENA) before the Regional Conciliation and Mediation Board — NCR for illegal dismissal and non-payment of separation pay and labor standard law benefits (SENA Complaint). The SENA Complaint was, however, deemed closed and terminated because of the employee’s filing of a similar complaint before the National Labor Relations Commission (NLRC) against his employer for money claims (NLRC Complaint). Record shows that although the employee included a claim of separation pay in the causes of action in the NLRC Complaint, he failed to include therein a cause of action for illegal dismissal. The employee’s position paper still revealed that he specifically argued for the illegality of his dismissal from employment, as well as his entitlement to separation pay, among others.

Were the labor tribunals and the CA correct in not passing on the issue of illegal dismissal?

The Supreme Court ruled that the labor tribunals and the CA were not correct. They should have addressed the issue of illegal dismissal.

Section 12, Rule V of the 2011 NLRC Rules of Procedure, as amended, governs the rules on submission of position papers and replies before the NLRC. Such provision reads:

(a) Subject to Sections 9 and 10 of this Rule, the Labor Arbiter shall direct the parties to submit simultaneously their verified position papers with supporting documents and affidavits on a date set by him/her within ten (10) calendar days from termination of the mandatory conciliation and mediation conference.

(b) No amendment of the complaint or petition shall be allowed after the filing of the position papers, unless with leave of the Labor Arbiter.

(c) The position papers of the parties shall cover only those claims and causes of action stated in the complaint or amended complaint, accompanied by all supporting documents, including the affidavits of witnesses, which shall take the place of their direct testimony, excluding those that may have been amicably settled.

(d) Within ten (10) days from receipt of the position paper of the adverse party, a reply may be filed on a date agreed upon and during schedule set before the Labor Arbiter. The reply shall not allege and/or prove facts and any causes of action not referred to or included in the original or amended complaint or petition or raised in the position paper. (Emphases supplied)

The Court stated that sub-paragraph (c) purportedly limits the coverage of the position papers of the parties to only those claims and causes of action stated in the complaint or amended complaint; whereas sub-paragraph (d) directs that the reply shall only allege and prove facts and causes of action in the original or amended complaint or in the position paper.

The Court took judicial notice of the fact that initiatory complaints filed before the NLRC are just blank forms wherein the employee-complainant simply inputs his/her details, the respondent’s details, and ticks off a checklist of causes of action which are applicable to him/her. The Court stated that it is only upon the filing of position papers that the complainant is able to expound on the employer’s acts or omissions which constitute his/her causes of action against the latter.

According to the Court, it is only reasonable to infer that notwithstanding the aforementioned provision, the complaint could not be the sole basis in determining the complainant’s causes of action given that it is in the position paper that the ultimate facts are presented and established by the submission of all relevant documents and affidavits to support the same and prove their respective causes of action. Otherwise stated, the filing of the position paper, and not the mere complaint, should be the operative act that forecloses the raising of matters constitutive of the employee-complainant’s cause of action.1Dee Jay’s Inn and Café v. Rañeses, G.R. No. 191823, October 5, 2016, 796 PHIL 574-596, citing Tegimenta Chemical Phils. and Garcia v. Buensalida, G.R. No. 176466, June 17, 2008, 577 PHIL 534-546

The Court added that it is for this reason why sub-paragraph (d) of Section 12, Rule V of the 2011 NLRC Rules allows the replies to discuss matters not only covered by the complaint or amended complaint, but also those covered by the position papers. Such interpretation, the Court said, is in accord with the settled norm that “[i]n labor cases, rules of procedure should not be applied in a very rigid and technical sense,”2Loon v. Power Master, Inc., G.R. No. 189404, December 11, 2013, 723 PHIL 515-533 and that “labor officials should use all reasonable means to ascertain the facts in each case speedily and objectively, without regard to technicalities of law or procedure, in the interest of due process.”3Claudia’s Kitchen, Inc. v. Tanguin, G.R. No. 221096, June 28, 2017, 811 PHIL 784-802 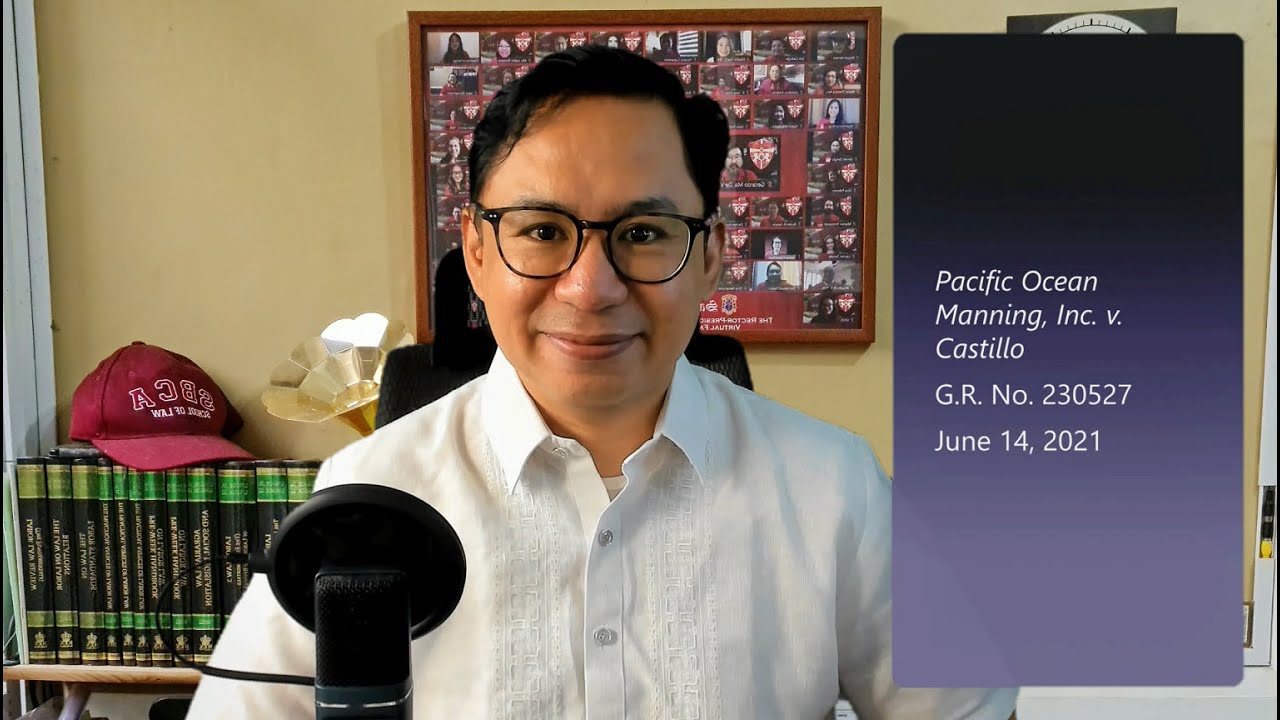 Unfit to Work as a Seaman